PCS, Out of State, Divorce & Other Reasons You Probably Own a Rental Property in Killeen

So, I’ll be honest, this was a busy week for us, not that I’m complaining!  I took a few calls every day from owners wanting to sell, looking for advice, etc. and realized I have a situation come up so often that I figured I should write a post about it.  In fact, I started to do the math and realized that at least half of the people I talk to are really in the same boat.

You (or a partner) moved to Killeen (or Cove) after being stationed at Fort Hood.  Somewhere along the way you realized that you could buy a house with a VA loan with very little money down and pay less than what you were paying for rent and even get a better home in the process.

You do the thing, get an agent, make some offers and sign all the papers.  Things are good for a while but eventually you get pulled away from Killeen, probably even out of Texas.  Maybe it’s only been a few years even though it feels like longer.  Maybe it’s PCS or deployment or maybe discharge and a move back home.  Sadly, it can often be mixed up with a divorce or a similar big life change.

Whatever the case, you now own a property without a ton of equity but that you also got for a very low cost and would like to hang on to.  Hey, maybe you’ll move back some day, am I right?!  And lots of people rent in Killeen so there shouldn’t be too much of an issue keeping it filled.  So, you find a property manager and start renting the house out.  It goes ok at first, even though after you pay the mortgage and property manager there really isn’t much left over but hey, 50 bucks is 50 bucks.  Congratulations, you just got a new title: Accidental Landlord!

But then something happens.  A little time passes and a tenant moves out.  Maybe this isn’t the first time but for some reason it takes a few months before the property manager is able to get it listed and filled.  And there are some repairs that seem a little expensive.  And now the property manager is never around when you call.  So now that 50 bucks is gone and you do the math and realize you are actually losing money.  There is also a solid chance that you have had a bad tenant at this point.  Maybe even a friend or relative who was a “safe choice” but then stopped paying and when they finally left you realized that they took the refrigerator with them and put a few new holes in the drywall.  Well, that sucks.

At this point the story can diverge a bit.  Some folks quickly decide to cut their loses and some soldier.  Honestly, it’s not uncommon for me to meet people who keep paying a mortgage on a vacant house for years and I’ve seen it go on for up to a decade.  Now that’s commitment!  Regardless of the timeline, the hard truth is you have two main options… Keep renting or sell.  Also, you just graduated and it comes with a new title: Tired Landlord!

This post is continued in Part 2, What To Do With That Unwanted Rental.  Hope to see you there! 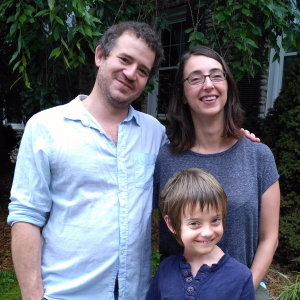 I am the owner & buyer for Liberty Home Buyers in Killeen. I am local and happy to help with any questions you may have so feel free to reach out.